Love is all a matter of timing

I am convinced that, especially for men, the most important thing about making a commitment to someone is not how great the sex is (though that’s really important), or how well-suited to each other he and a woman may be (though that matters too) or how madly in love he is (though love means a lot).

It’s my theory that one morning, a man rolls over, and whoever is lying next to him in bed, that’s who he chooses to marry. It’s not so much that he’s found the right woman, it’s that she’s there at the right moment.

That’s not to say men don’t give this decision a lot of thought, and it doesn’t mean that just anyone could come along and fill the spot. It means that when men decide they are done with being single and they’re ready to commit, they get married. For women, I don’t think it’s that clear-cut. I think most women (not all) go into relationships optimistic that they will amount to… something. I think men take a lot longer to feel that way…

Until one day they do.

I don’t mean to sound unromantic or cynical. There have been millions of great romances that never resulted in marriage. I was in love a few times before I met my husband and I was even married once before. “Relationship” was my middle name.

Sadly, most romances don’t last. Maybe due to youth, or geography or religious differences. Perhaps you wanted to commit, but he didn’t. Maybe he cheated on you and that was the end of that, or vice-versa. The point is, those relationships didn’t end in marriage — they just ended. And that’s ok… now. But back then, maybe your heart was broken — or maybe his was. And maybe a year or two or five later, when someone asked you about a person who was a big part of your life (a heartbreaker), you answered like this:

“It was just bad timing.”

In Hebrew and Yiddish, there’s a word I love: “beshert“. It means your pre-destined soulmate. The one you should be with forever. I’m not too sure this exists — but it sounds lovely.

When I met Peter (who has doubts about my theory), I was 25, just four months out of my brief first marriage, and I didn’t want to get involved in a serious relationship. But he was ready. Four months after we met, he bought a condo and moved out of the house on the beach that he had rented with friends for years. He gave up watching girls in thong bikinis roller-blading by every weekend for pride of home-ownership. If ever there was someone ready to commit, it was him.

And then he got a dog.

And then I moved in. Because with his 14 hour workdays and graduate school two nights a week, who the heck was going to take care of the dog?

Yep, he was ready. And I didn’t want to lose him, so I was ready, too.

And yes, when he proposed, we were in bed — well, I was. But that’s another story.

To Love Pursuer: If you have the Borderline Personality Disorder…

Because sometimes, even if you know how something’s going to end, that doesn’t mean you can’t enjoy the ride – Ted 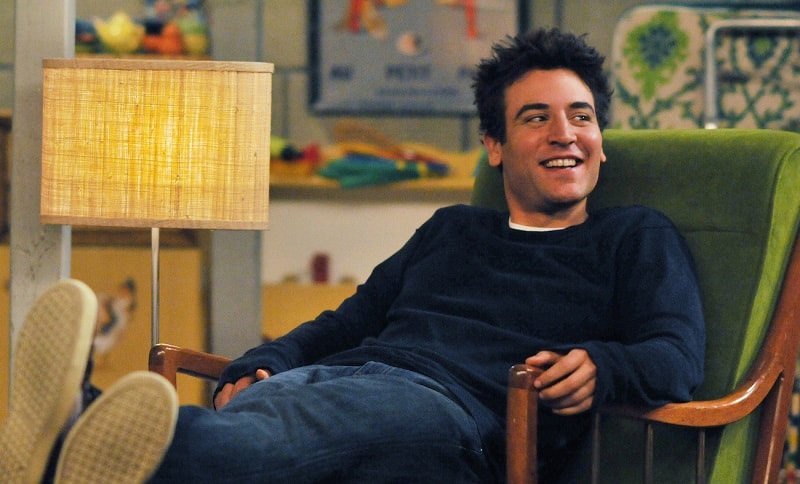 Think of it this way: you attract more bees with honey. Just like in life, I’ve found the more positive and happy I am, the better my life is, the better my world becomes.

So maybe we need to stop thinking about timing and fairytales about the perfect love that will arrive on our doorstep and start thinking about being the best “other half” you could, so that the timing is always right when you’re ready for it to be.